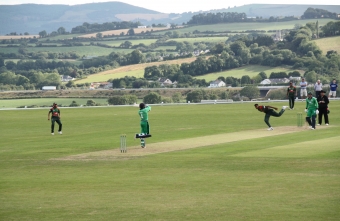 DUBLIN – Cricket Ireland has today named a youthful Ireland Wolves squad, with Harry Tector as captain, that will travel to Sri Lanka as part of an eight-match tour.

The Ireland Wolves team was created in 2017 to bridge the gap between domestic first class and international cricket. The squad recently completed an eight-match series against Bangladesh A in Ireland, which followed on from a tour to Bangladesh made by the Wolves in 2017.

The Sri Lankan tour squad will play both red-ball and white-ball matches against Sri Lanka A, and will involve a rotation of a number of players in and out of the squad with the changeover between the two formats.
Pete Johnston, Cricket Ireland Academy Manager and Wolves Head Coach, said:

“This tour will provide a great opportunity for players to bank valuable experience in subcontinental conditions against very strong opposition. Many of our squad have been playing and training overseas this winter, while those that have remained at home have been working exceptionally hard on their skills and fitness. We look forward to the squad assembling in Sri Lanka and playing another competitive series.”

Harry Tector, the 18-year old top order batsman and off-spinner who is currently playing club cricket in Sydney, was named captain of the Wolves squad.

“It’s a massive honour to captain the Wolves. I got a taste of it against Scotland A and Bangladesh A this summer and loved it. I learned a lot from Andrew Balbirnie and I feel ready now to take over the reins following a successful series against Bangladesh A,” said Tector.

“It is a very exciting squad with a great mixture of youth and some more experienced heads. I think it shows the depth is there and we’ll certainly be looking to prove that when we get out there.”

Selectors had originally named Nathan Smith in the red-ball section of the tour squad, however he will not be available due to personal reasons. Coming in to replace Smith will be Josh Little, subject to passing a fitness test.