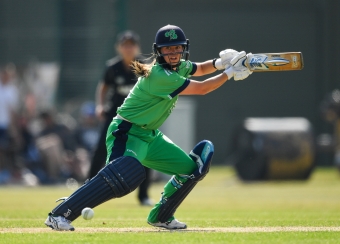 DUBLIN – The International Cricket Council (ICC) today confirmed that the women’s 50-over World Cup Qualifier that was set to be played this June will move to December 2021. As a consequence, the previously announced domestic Super Series schedule will be amended in order to play more 50-over cricket at the backend of the home season.

The global qualifying tournament, which is scheduled to be played in Sri Lanka, is the decider for the final teams qualifying to compete at the ICC Women’s Cricket World Cup 2022 in New Zealand.

Today’s announcement does not impact upon the ICC Regional T20 World Cup Qualifier that is still scheduled to be played in Scotland in August.

“We were anticipating the changes announced today, and as a result we shall amend our fixtures for the Super Series.  We had previously designed the fixtures to maximise the amount of 50-over cricket prior to the 50-over world cup qualifier tournament, however, we will now revise the schedule to ensure we are best prepared for our International fixtures (yet to be announced) and the two world cup qualifiers in different formats.”

“The other consequence of this is that we shall now look at our planned international programme in order to provide our squad with the optimal lead in to the two qualifying tournaments set out this year. While not ideal, the announcement gives us greater certainty, and an entire home season to prepare the squad for these important tournaments.”

In a related announcement from the ICC, the Women’s Under-19 World Cup scheduled to be played in Bangladesh has been moved from December 2021 to January 2023.