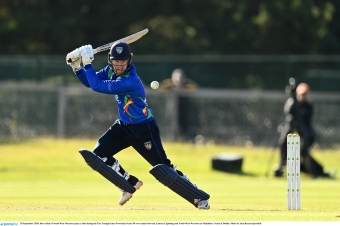 The new Inter-Provincial Series will start on 4 May 2021

While all matches are subject to approval from sporting and health authorities on both sides of the border, approval has been given from both Sport Ireland and Sport NI to restart training at the inter-provincial level (under strict protocols), and it is anticipated that on-field action will proceed as scheduled below.

The first match of the new season will see defending 50-over champions Leinster Lightning take on the Northern Knights in Dublin, while the newly-announced Head Coach of the North West Warriors, Gary Wilson, will see his side take on the Munster Reds in the southern provinces first encounter in this format since being named the fourth side in the 50-over competition.

“The 2021 Inter-Pro Series has generated a real sense of excitement and anticipation following the recent announcements about structural and selection process improvements aimed at making this a truly best v best competition.”

“For the first time we will have the opportunity to see the best 48 players in the country playing regularly across two formats. Combined with the appointment of Gary Wilson as Head Coach of the North West Warriors and the inclusion of Munster Reds in the 50-over competition – this is shaping up as an intriguing series with Leinster battling to keep hold of the two titles.”

“We have not quite confirmed venues for all matches yet, but expect to be able to confirm this shortly.”