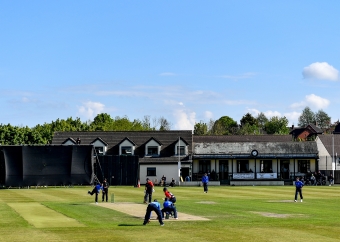 The Inter-Provincial Series squads for 2022 have been named

DUBLIN – The four ‘core squads’ for the 2022 Inter-Provincial Series have been named, with a number of key player transfers confirmed to ensure competitiveness is maintained across the squads.

Several notable moves in 2022 are:

• Mark Adair has been named the new Northern Knights captain after Harry Tector has made the move back to Leinster Lightning from the Knights;

• Kevin O’Brien moves to the Munster Reds, with Greg Ford going the other direction; and

The Inter-Provincial Series underwent a series of structural improvements in 2021 that sought to create a true best v best system for Irish cricket, which aims to benefit the international pathway and increase top-level opportunities at this level for a wider pool of players. Under the new process, squad selection for the four provincial teams - which is undertaken by the Chair of National Men’s Selectors, National Head Coach and Provincial Union Head Coaches, overseen by the High Performance Director - identifies a core squad of 12 players for each side.

The selection guiding principle is to find a balance between selecting squads that broadly maintain a regional identity, while providing well-balanced teams in terms of skill sets. Provincial Unions can then add local players as and when they see fit, and match day squads continue to be selected by local Provincial Unions selectors. A player loan system is also in place where teams who have injuries and exceptional circumstances around player availability can ‘loan’ a player of suitable quality and skill-set that they may not have locally. “The 2022 Inter-Provincial Series is a competition that should be of intense interest to Irish cricket fans. Building on the improvements made last year, we are starting to see the benefits of moving to the ‘best v best’ model for the Series. The quality of the cricket in last year’s Cup and Trophy competitions was high, however, more importantly, the competitiveness between the sides saw much-needed opportunities for our current and future internationals to push their games forward, and to use the matches as high quality preparation for the international fixtures we played.

“And with around 3.5 million views of Inter-Pro livestreams, we believe that competitiveness is raising the profile of Irish cricket and bringing more fans to our domestic game. This is not only important for us to know there is increasing interest in our sport, but important for the players too, in knowing they are playing every game on a global platform.

“There has been a bit of talk recently about depth of talent in cricket nations – not just in this country, but across other Full Members. This is exactly what the Inter-Provincial Series aims to achieve – to develop and expand a talent pool of ‘international-ready players’, and to make the Ireland senior men’s squad as competitive as possible on the world stage.

“Part of developing a system that produces current and future internationals is the need to create a competitive balance between the teams – and the selection of this year’s squads aims to achieve that. While most players remain with their squads from 2021, a few player movements - combined with several new core squad inclusions – should keep the Series fresh and interesting.

“One notable move this year is the move of long-time Leinster Lightning stalwart Kevin O’Brien to Munster Reds. Kevin is a legend of Irish cricket and has been instrumental to the success of the Lightning side since the revamped competition was launched in 2013. He has not only been valued by his provincial teammates for his on-field qualities and performances, but also off-the-field in the way he has helped in the development of a team culture and young players coming through the system. While I know the Leinster set-up is sad to lose him from their ranks, I have no doubt Kevin can have as much of an inspirational and supportive effect within his new squad, and I wish him well with this new challenge.

“The gradual improvements we are making to this competition are not about creating short-term bounces in performance, but long-term sustainability. We want the best talent pathway for the long-term, and a solution that fits the Irish context - and the Inter-Provincial Series remains a key part of that.”

The fixture list for the 2022 Inter-Provincial Series will be released in due course.