Inter-Provincial winter training squads named ahead of a big 2023 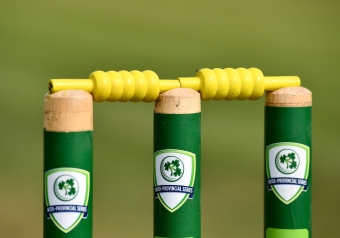 The training squads have been named

DUBLIN – Extended winter training squads for the four men’s Inter-Provincial squads have been confirmed today ahead of a busy 2023.

The Inter-Provincial Series has undergone a series of structural improvements in recent years to create a true best v best system for Irish cricket, which aims to benefit the international pathway and increase top-level opportunities at this level for a wider pool of players.

Under the current selection process, a core squad of 13 players is selected for the four provincial teams in close consultation with the Provincial Union head coaches, Ireland Men’s Head Coach, Chair of National Men’s Selectors and High Performance Director.

“As a routine part of the selection process, the national selectors have selected a core squad of 13 for each Provincial side that aims to balance skill sets and experience across the teams. These core players will be joined by local emerging players from respective provinces in extended winter training squads.

“It should be noted that with a busy winter playing schedule for Ireland Men, many of the national team players may be away for much of winter, which will provide plenty of opportunity for Provincial head coaches to support the development of their local players.

“The Inter-Provincial Series aims to develop and expand the Irish cricket talent pool and to make the Ireland senior men’s squad as competitive as possible on the world stage. As such, it has been encouraging that the selection process this year has required some tough decisions. The pool of players seeking national selection, or players looking to take that next step in their development, is growing rapidly as the standards from club to representative levels rise. This is promising for the future of Irish cricket and we hope will inspire the next generation of cricketers to pursue their ambitions.”

Leinster Lightning have named 13 players in their training squad:

Munster Reds have named 21 players in their extended training squad:

Northern Knights have named 17 players in their extended training squad: