INTERVIEW: Ireland’s Craig Young on Test call-up and his long road back to form 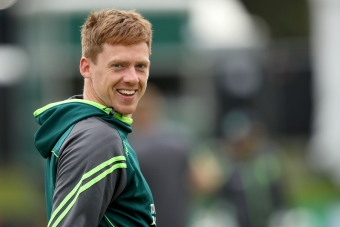 BELFAST – Asleep at home on the sofa after a hard training session, North West Warriors and North Down fast bowler Craig Young was aroused by a phone call that would change his day dramatically. At the other end of the line was Andrew White, Chairman of National Men’s Selectors, with a simple request: ‘We’d like you to join the Test squad for Lord’s’.

“It really took a few minutes after I’d hung up for it to sink in. It came as a shock and a huge relief at the same time. This game had been on my mind for a long time and it was just a huge rush of emotions that all the hard work and sleepless nights have been worth it.”

“The occasion is enormous for cricket in Ireland. If you’d have told any of us a few years ago that Ireland would be playing against England in a Test at Lord’s, they’d have called you crazy.”

“It’s such a massive honour to be in the squad and the chance to represent everyone in Irish cricket from past players to supporters in this most special place. Lord’s is the Home of Cricket, so doesn’t really get any better than that in my eyes.”

Young struck gold early on in his career – his first international appearance for Ireland at the age of 23 saw the right-arm paceman claim six wickets on debut. Since this first appearance in 2013, he has appeared 43 times for the Men in Green, however his performances over the last 12 months were not up to his own admitted standards.

“At club level, I’d always enjoyed my time at Bready, and winning the league was a very proud moment for me and for the club. But there was no masking over the fact I had a tough year at international level last year - I struggled a lot with rhythm and my form was up and down. I fought a battle with my bowling action too, with there being and obvious kink on where I’d gone very slingy.”

“The only time where I’d felt good running in was at North Down, and every other time where I’ve felt like that - and felt I’d been bowling my fastest - has been at North Down. So it made sense to make that place my base, from where I would play most of my cricket - and so far it’s working brilliantly. My new club has a great bunch of lads, and I was taken aback by just how professional they are and how they all want to improve their cricket.” Besides club cricket, Young also points to the Ireland Wolves programme as an opportunity that allowed him to improve his form on a higher stage:

“The Ireland Wolves is a massive stepping stone - it gives lads either more competitive cricket outside the Inter-Pros or exposes the younger guys to a level they’ve never experienced before.”

“With Pete Johnston at the helm, the Wolves has a very enthusiastic and brilliant coach who only wants to get the best out of his players and push them on to the national side. Personally, the chance to play at Oak Hill was perfect and felt that it would be a good marker to see just how my form and progress had moved on from last summer. We had played Scotland over on their patch last year and I had performed poorly by my own standard, so it was very satisfying and quite a relief to put in the performances I did at Oak Hill this time around.”

At the Inter-Provincial level it has been a frustrating rain-affected campaign so far for Young and his North West Warriors teammates, but he certainly has seen positives emerge from the 2019 series so far:

“Rain is always going to play a part in cricket in Ireland – it just seems a bizarre year where it appears sunny most of the time and then when we meet up for inter-pro cricket it pours it down!”

“The cricket we [the Warriors] have played has been hot and cold this season. It’s been great to see people like Graham Kennedy step up and show his potential and get a few scores. He’s someone who I think will play for Ireland for a long time in years to come. Graham Hume has also been a nice addition into the squad, very professional and good to watch how he goes about his business and good for the younger lads to see. It’s also great to have big Boydy [Boyd Rankin] back with us full time now - love watching him bowl.” Image: “This game had been on my mind for a long time” - Young on the Lord’s Test

But before Young and his international teammates head to Lord’s, his short-term focus is on the T20 Internationals against Zimbabwe starting this week.

“I can’t wait to get going in the T20s. It’s the most difficult format I feel as you can bowl well and still get whacked. So, I’m just going to enjoy it and take it all in.”

“I feel that I now have the best control of the white ball that I’ve ever had, which I’d put largely down to working extremely hard over the winter with Ryan Eagleson. He has me swinging the ball again now, which is a massive help especially up front when batter try to line you up from ball one!”

Ireland and Zimbabwe meet in three T20 internationals on 10, 12 and 14 July 2019. The first match at Stormont, and the second and third matches at Bready. Tickets are available at the gate, £10 for adults, under-16s go free.