Ireland accept invitation to compete in the 2018 Hong Kong Sixes 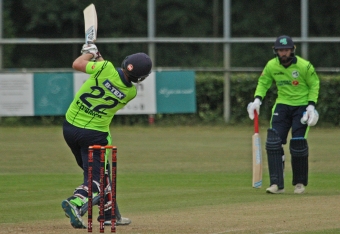 Cricket Ireland has accepted an invitation to send a men’s team to the 2018 Hong Kong Sixes competition to be held at the Kowloon Cricket Club from 26 to 28 October 2018.

The Hong Kong Sixes is an annual international cricket event, featuring teams of six-a-side playing in a round-robin tournament with knock-out stages. The event, played across three days, is hosted by Cricket Hong Kong and is ICC-sanctioned.

Ireland last competed in the Hong Kong Sixes in 2011, where they made the Quarter Finals, defeating England and Bangladesh along the way. The side, led by Kevin O’Brien, were knocked out by eventual tournament champions Pakistan. The 2011 squad included current internationals Kevin and Niall O’Brien, Paul Stirling and George Dockrell.

Despite being a distinctly modified and condensed version of the game, Richard Holdsworth, Performance Director at Cricket Ireland, outlined the value to the Ireland squad participating in the tournament:

“We are continuing our approach of providing opportunities for a wider pool of players to gain experience in white-ball cricket on the international stage. With around 12 months to go to the ICC World T20 qualifiers, we are looking to build a competitive squad for that qualification stage and hopefully to propel us into the main tournament in 2020.”

“There is no denying that T20 cricket is the format of the game we have struggled with over recent years, so the Hong Kong Sixes will be used as a chance for selected members of the squad to refine their game in a condensed version, and will give Head Coach Graham Ford a chance to assess players in differing conditions.”

Selectors will meet in late August and select a seven-man squad to fly out to Hong Kong in October.