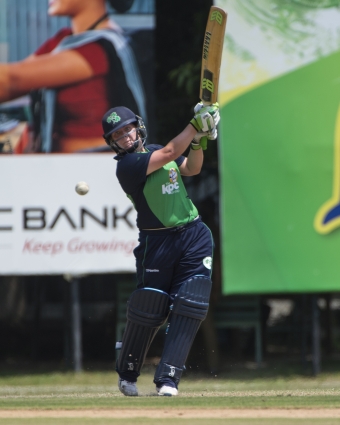 IRELAND WOMEN lost their final Super Six match against South Africa by 36 runs (D/L) in a rain-affected contest in Colombo.

The Irish posted 166 with Malahide keeper Mary Waldron top scoring with an unbeaten 33, dominating a last wicket stand of 43 with Ciara Metcalfe (10).

Kim Garth (1-35) dismissed Lee early in the South African innings, but Laura Wolvaardt (32*) and Mignon Du Preez (29*) took their side to 82 for 1 before rain and thunder brought the game to a premature end with the Africans well ahead on Duckworth/Lewis.

After the game Clare Shillington confirmed her retirement from the 50-over format, but stated that she will continue to play T20 cricket.

“It feels like it’s the right time to move away from the longer format due to the increased programme and upcoming tour commitments,” said Shillington.

“I’m excited to stay involved in the T20 format with a qualifier and World T20 coming around in 2018.

“I’m looking forward to seeing the next crop of players coming through and hopefully I can play some part in their development,” added the YMCA batter.

Perhaps fittingly, Shillington’s final match came against South Africa - the team she made her debut against as a 16 year-old back in 1997.