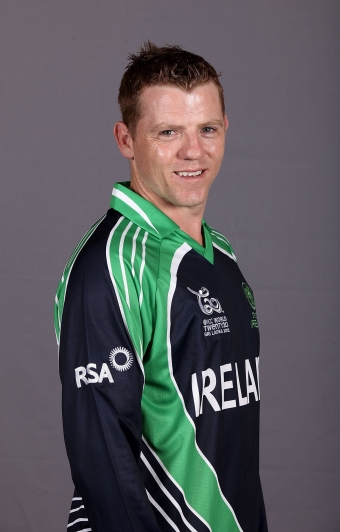 Ireland continued their positive build-up for ICC World Twenty 20 this week by beating Zimbabwe by a comfortable 54 runs and retaining their unbeaten record in their warm up matches. Ireland were ruthless in their demolition of Zimbabwe by a whopping 54 runs in a warm-up match between the two sides at the Moors Sports Club ground in Colombo today.

Batting first after being put in by Zimbabwe captain Brendan Taylor, Ireland got off to a hectic start courtesy of captain William Porterfield who hit the first over for 17, and Paul Stirling, who scored a 12-ball 13. Ed Joyce came in at number three and scored 29 from 28 balls.

But the innings really took flight when Niall O’Brien came in. Ireland was 36 for two from 4.3 overs at that stage, and when O’Brien was finally dismissed in the 20th over for his 49-ball 62, Ireland had reached 172 for five. O’Brien hit four fours and two sixes in his knock.

Chris Mpofu was the best of the Zimbabwe bowlers on show, returning figures of 3 for 39.

Zimbabwe’s reply stuttered right from the start as Vusi Sibanda was caught leg before off Boyd Rankin off the first ball of the innings. Hamilton Masakadza did his best to put up a fight, scoring 44 from 27 balls with five fours and two sixes, but with little coming by way of contribution from the other batsmen, the result was always obvious.

George Dockrell, the Irish left-arm spinner, was effective, returning figures of 3 for 38 from his four overs, while Alex Cusack who has previously bowled superb spells in T20 cricket, showed his continued liking for the format with an incredible spell of 3 overs taking 3 wickets for just 6 runs to stop Zimbabwe at 127 for eight at the end of their 20 overs and leave them 54 runs short