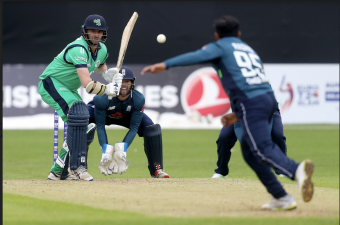 DUBLIN - Cricket Ireland has today confirmed that the Ireland Men’s team will play a three-match One-Day International (ODI) series with England in England in September 2020.

The three-games will be as follows:

The newly announced ODIs for​m part of Ireland’s involvement in the ICC Cricket World Cup Super League (which is the inaugural edition of the World ODI League). The super league, being played between May 2020 to March 2022, will serve as part of the qualification process for the 2023 Cricket World Cup and features thirteen countries - twelve Full members of the International Cricket Council (ICC) and the Netherlands. The structure of the super league is that each team will play a three-match ODI series against eight of the twelve opponents, four series at home and four away.

Ireland’s fixtures from 2020-2022 that will count towards the Super League are:

* At time of publication Zimbabwe have been suspended as a Full Member. Confirmation of these fixtures will be made closer to the date.

“We are looking forward to the start of the new World Cup Super League and delighted to have finalised an agreement with the England & Wales Cricket Board (ECB) to play a three-match ODI series as part of the competition. The ODI League seeks to inject a greater sense of interest and meaning in bilateral ODI series’ between nations, and we are obviously keen to qualify for the 2023 Cricket World Cup, so these fixtures against England are crucial to those plans.”

“We ran the World Cup champions close at Malahide this year in a hard-fought ODI, and expect that as this side further evolves, it will be highly competitive come September 2020 backed by some great travelling and UK-based Irish support. The recent Test match at Lord’s demonstrated the interest in Irish cricket, and the series will be played across three iconic Test venues, so promises to be a great experience for all.”

“Our thanks to the ECB for finalising these new fixtures and we encourage Irish fans to come out and support our team as it enters a new era in the sport.”