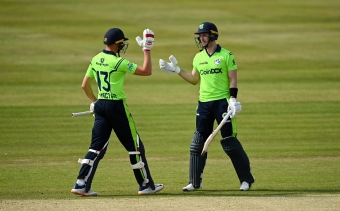 DUBLIN – Cricket Ireland today confirmed they will play a warm-up match against Scotland and a three-match T20 International series against UAE at the ICC Academy in Dubai as part of a preparation camp ahead of the ICC T20 World Cup in October.

The Ireland squad will leave for the UAE tomorrow, and will undertake a mandatory six-day hotel quarantine before being able to begin training.

The top two teams from Round 1 go into the Group Stage. Details about the tournament, Group Stage fixtures and venues can be found here: https://www.t20worldcup.com/

A preliminary 18-player squad was recently announced – this will be reduced to 15 for the T20 World Cup tournament, however, the three other players will still travel to the UAE as reserves.