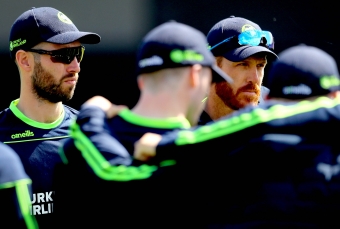 Ireland's next game will be against a CWI President's XI

BARBADOS - The second warm-up match for Ireland Men on the current tour of the West Indies is against a CWI President’s XI, to be played at the 3W’s Oval in Barbados on 4 January 2019.

We have been advised that there will be no livestream of the match, however livescoring will be available here.

The Ireland squad came through unscathed yesterday, albeit Mark Adair missed the game due to a minor illness. Adair will train with the squad today, and it is anticipated that all squad players will be available to play tomorrow.

Following this match, Ireland will train for two days at Kensington Oval, before the first One-Day International on 7 January 2020.

The CWI President’s XI squad is to be led by the experienced Darren Bravo, and feature batter Sunil Ambris who Irish fans will remember for his sparkling innings of 148 that he scored in the last meeting between the two sides in May 2019.

Also within the squad is 40-Test veteran Kieran Powell who hit 57 against the Irish in his only appearance against us in 2014, and the talented paceman Oshane Thomas, who received his first central contract from Cricket West Indies last year.

The Three Ws Oval is named in honour of the three legendary Barbadian cricketers - Sir Frank Worrell, Sir Clyde Walcott and Sir Everton Weekes (here’s an article on the trio).

It is located on the grounds of the Cave Hill campus of the University of the West Indies, the facility was one of the team warm-up venues for the 2007 Cricket World Cup finals.

Highlights from the first warm-up match

Ireland took on the Wanderers Cricket Club in its first warm-up match yesterday, winning by 45 runs. The scorecard from the match is available here.