Ireland Men begin their Caribbean campaign with win over Wanderers 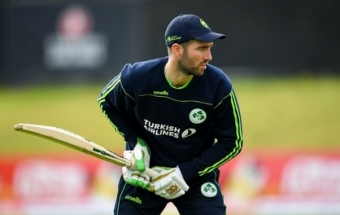 The match against the Wanderers will be livestreamed

The 50-over game saw Ireland bat first and mount a total of 338-5 from their 50 overs. Gary Wilson (76* from 35 balls), Paul Stirling (retired 64*) and James McCollum (retired 64*) led the way with the bat, as the visitors put on a confident display during their first hit out on the tour.

In response, the Wanderers made 293-7, bolstered by a late-on big-hitting innings from Roshon Primus of 83 from 36 balls.

Ireland has won the warm-up match against @WanderersCC by 45 runs. Kudos to Roshon Primus for his big-hitting innings of 83 from 36 balls (including 7 sixes).

The full scorecard can be found here.

Further information about the Caribbean tour can be found here.

: That’s a colourful scene! The Ireland Men’s squad and the Wanderers Cricket Club side enjoy a joint photo before today’s game. Thanks to all the players, staff and volunteers at Wanderers for a great day. #BackingGreen