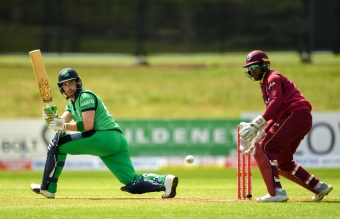 DUBLIN – Cricket Ireland has today announced the Ireland Men’s One-Day International and T20 International squads for the upcoming tour to the Caribbean to play six white-ball matches against West Indies in January 2020.

“The Caribbean tour will be the start of a quite intensive year for the senior men’s team – we have tours before the start of the home season, hosting several full members in the summer, commence our participation in the ICC World Cup ODI Super League, including playing an ODI series against England, and then head to a T20 World Cup in October. These matches will be the first under Andrew Balbirnie’s leadership, so will be a great first-up challenge for him and one which I know he is looking forward to.”

“We’ve played the West Indies a few times over the last couple of years, and the two sides have built up a decent rivalry on the field - but the Windies are an altogether different proposition in their own backyard.  We have one formal warm-up game on the 4th, then it’s straight into the ODI series. Our lads will need to adapt quickly to local conditions and be ready from the outset in order to build some momentum, which is an important aspect of any series.”

“When you look at the squads selected the positive for the future is that there is a blend of experience and youth. While we’ve undergone an evolution in the senior set up over the last 12 months, I think the squads selected recognise and reward performance, and I’m pleased that the likes of Mark Adair, Gareth Delany and Harry Tector have come into the squad over the last while and look the part. There is a confidence and self-belief around the camp which comes from recent successes, and we’re looking to build on that in 2020.”

“Being our first-ever multi-format tour of the Caribbean, there is certainly a bit of a buzz around the squad and come the 7th of January, we’ll be more than ready to begin what is an exciting year in Irish cricket.”