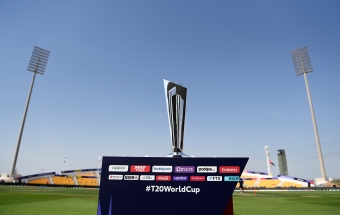 DUBAI, UAE - The International Cricket Council has today named Ireland as a preferred co-host of the ICC Men’s T20 World Cup 2030 with the ECB and Cricket Scotland. The announcement was one of eight events confirmed today after the latest ICC Board Meeting.

“We are delighted to be named as a preferred co-host of the ICC Men’s T20 World Cup in 2030 – this is great news for Irish cricket fans who will be able to see some of the world’s best cricketers playing in the most dynamic format of the game on Irish shores.

“While we have hosted several ICC qualifier tournaments in the past and of course a 1999 World Cup fixture in Clontarf, this will be the first time multiple matches in a major World cricket event will feature in Ireland.

“We appreciate that there are still a number of details to clarify around hosting arrangements, not just for the co-hosts but also to enable our Government partners to move beyond in-principle support, but today’s announcement gives a greenlight for those discussions to begin in earnest. We believe the enormous global exposure of one of world’s major sporting events will provide a huge boost for not just the sport on this island, but also the country through local economic impact and visibility in major tourism and economic markets.

“Working closely on the bid with the England & Wales Cricket Board and Cricket Scotland was a pleasure, and I thank the respective bid teams in our partner Boards for their great professionalism in putting together such a compelling case. We now look forward to working closely with them and our Government partners over the coming years to ensure that our eventual staging of whichever matches we host will be as world-class as the bid we submitted.”

The USA and Namibia will host an ICC World Cup event for the first time. Whilst Australia, Bangladesh, England, Ireland, India, New Zealand, Pakistan, Scotland, South Africa, Sri Lanka, West Indies and Zimbabwe have previously staged major events and will do so again over the next decade.

The hosts were selected via a competitive bidding process overseen by a Board sub-committee chaired by Martin Snedden along with Sourav Ganguly and Ricky Skerritt. The ICC Board accepted the recommendations of the committee who conducted a thorough review of each bid along with ICC management. A similar process to identify the hosts for ICC Women’s and U19s events for the next cycle will be undertaken early next year.

“We are delighted to have concluded this competitive bidding process for the first time for ICC events. To have 14 Members hosting 8 events is a reflection of the truly global nature of our sport and I’d like to thank every Member that submitted a bid and offer our congratulations to the successful bidders.

“It is fantastic to be returning to so many previous hosts, but what is really exciting about this process is the countries who will stage ICC events for the first time including the USA which is a strategic growth market for us. This gives us the opportunity to deepen our connection with fans in traditional cricket nations and also reach new fans around the world.”

“We received a range of excellent bids to host the ICC Men’s events in the next cycle. We were committed to ensuring a broad spread of hosts to align with the ICC strategic objective of global growth and have ended up with 14 countries who will support that long term aim.”

“The success of this joint bid by CWI and USA Cricket will be a huge boost for our cricket. It offers a vital strategic opportunity to promote and develop cricket, and related commercial activity, in North America and the Caribbean. I take
this opportunity to thank all those at ICC, USA Cricket and CWI who helped to make this 2024 venue selection decision possible.”

The awarding of the events to preferred hosts is subject to the completion of the host agreements and the ICC will now work closely with Members to finalise arrangements. 17 Members submitted a total of 28 proposals to host the eight ICC Men’s white ball events.