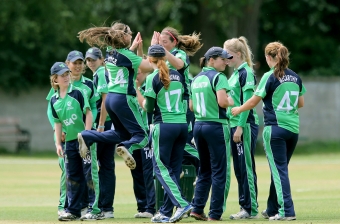 The Ireland squad for the ECB Women’s T20 Division Play-Offs next month has been named.

The selector’s have made just one change to the squad that won three out of four matches in the competition’s first round earlier this week, with Isobel Joyce returning to the squad in place of Jennifer Gray.

The Girls in Green put in some good performances in the shortest format in Lancashire on Tuesday on Wednesday, twice comprehensively beating Durham with Clare Shillington blasting another T20 hundred in the first game. They were unlucky to be edged out by the hosts on Tuesday, but got their revenge on Wednesday with a dramatic final over win, ensuring Ireland are in the top play-off pool.

Ireland will take on both Staffordshire and Somerset on Sunday August 3rd, with the top two sides in the pool gaining promotion to ECB T20 Division One for next season.