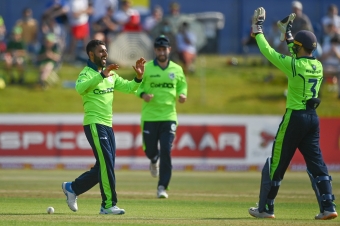 The T20 World Cup squad has been named

DUBLIN – Cricket Ireland has today released the 14-player squad that will compete in the ICC Men’s T20 World Cup Qualifier in Oman next month.

The tournament will take place between 15-24 February 2022. The top two teams from this Qualifier event progress to the ICC T20 World Cup in Australia in October-November 2022.

The squad consists of 14-players, with two additional travelling reserves as part of the tournament’s COVID protocols.

The squad will leave Dublin for Oman on 4 February, where they will play some fixtures during the lead-in period to the Qualifier. The details of these fixtures will be announced in due course.

Top two teams from each Group progress to a semi-final, the two winners of these then qualify for the T20 World Cup.

“We were all pleased to see the resilience, grit, and fight by the squad on display in the West Indies – these are characteristics that have always been part of Irish cricket, and I know the team is looking to exemplify this in their on-field performances. As we look ahead to the T20 World Cup Qualifier, we know it will be a series of tough, hard-fought games, but hopefully, we can carry the confidence and momentum of the recent series forward to the Qualifier and beyond. The individual performances of the likes of Andy McBrine and Harry Tector were well reported, but the willingness of the squad as a whole to battle through a challenging tour and finish the way they did is a great credit to them.

“I know that the players and coaches were as disappointed as the fans about the early exit from the T20 World Cup last year – but, I also am aware how keenly this group is to rectify the failings of the past. It’s only a short turn around period between the West Indies series and the Qualifier, but it will be enough for the squad to recharge and be ready for an important tournament ahead.”