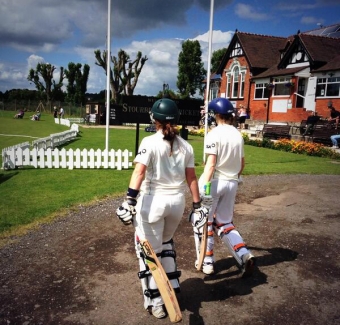 Ireland Women will be looking to continue their winning momentum in the ECB County Championship Division Two on Sunday (July 27th), when they travel to take on 4th placed Somerset.

Laura Delany was star of the show with bat and ball in Ireland’s comprehensive 7 wicket win over Devon last weekend, in a match where Cecelia Joyce recorded her third consecutive half century. Ireland captain Mary Waldron will be looking for a repeat performance from both senior players, and all of the squad, this week as the 3rd placed side go after that coveted play-off spot.

As we get to the business end of the season securing bonus points is vital, and with the same amount of wins and losses, on paper both sides are evenly matched which sets Sunday up to be a thriller.

Play gets underway at Brislington Cricket Club at 11am on Sunday - as always you can follow updates from Sunday’s match on Twitter: @IrishWomensCric