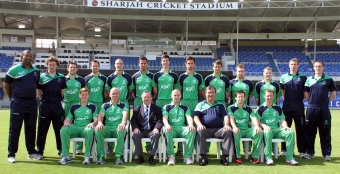 Ireland have named an unchanged ODI squad for their crucial World Cup qualifers against The Netherlands next month.

Two wins would secure automatic qualification for the 2015 World Cup which is being held in Australia and New Zealand.

Ireland coach Phil Simmons knows just how important these matches are and is keen to secure qualification as quickly as possible: “Without a doubt these matches are the most crucial we’ll play this year. While it’s always fantastic to have fixtures against Full Members, qualification for global tournaments is the main goal. It’s vital we keep performing on the world stage and show everyone just how far Irish cricket has come.

With mandatory release for the matches, Ireland’s county professionals are available for the games in Amsterdam, and Simmons welcomes their experience. “It’s no secret that I like having seasoned players freshened up with a sprinkling of youth. We have a settled squad now with most of the players having played at least 100 times. They are used to handling pressure having played in World Cups and that will stand them in good stead as the qualifying tournament enters its final stages. Ireland’s management team is looking to top the table

“I want the team to finish strongly with four wins - that’s our aim. We want not only to win the competition but to do it convincingly with 25 points.”

Ireland also currently top the InterContinental Cup table and will be hoping to gain the win which would secure a final place in the UAE in December.