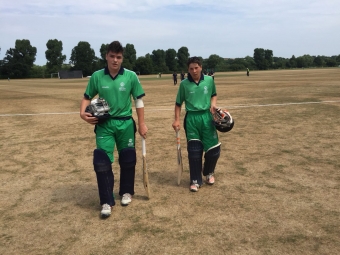 Cricket Ireland has today released the Ireland Under-15s Boys squad that will play four matches against English opposition from 9 - 11 July 2019.

“The coaching team and I are looking forward to seeing what this group of players can do this summer. After a busy winter of provincial training and national weekends, it’s important that we have fixtures against quality sides such as Middlesex and Berkshire in July, which will be followed by matches against Scotland in August.”

“These fixtures are great opportunities to test ourselves against strong opposition, and will be very timely as they will come right after the Under-15 Youth Inter-Pro Series which will be brilliant preparation for the trip.”