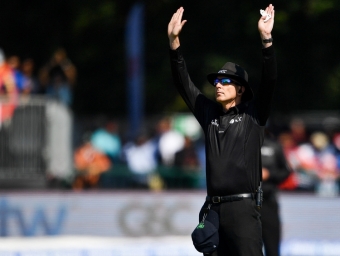 Ireland’s four members of the ICC’s International Panel stepped up their preparation for the 2019 season in Manchester this weekend.

“Mark Hawthorne, Roly Black, Alan Neill and I attended the ICC’s Regional Conference along with umpires from England, India and the West Indies. We were fortunate to have Denis Burns from the ICC’s team of umpire coaches led the two-day conference, which involved the umpires discussing many of the issues currently affecting the game.”

“Denis will also be attending the IACUS Conference in Monaghan on 16 February, and with the Inter-Provincial workshop planned for 30 March. 2019 promises to be a busy year for Irish cricket, and in the lead up it will be a busy few months for all match officials - umpires and scorers - before the season starts.”