Ireland Wolves Beaten by Bangladesh A by 76 runs 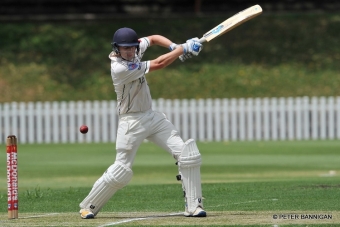 Ireland Wolves tour of Bangladesh ended on a disappointing note as they lost by 76 runs to Bangladesh A in the 5th and final one-day match in Cox’s Bazar.

An unbeaten century from Yasir Ali propelled the hosts to 286 for 6, as he struck 8 fours and cleared the ropes five times in his 102 from just 101 deliveries.

He shared a 3rd wicket stand of 132 in 22.5 overs with Sadman Islam (68) as the Irish attack struggled in the sweltering conditions.

Sean Terry and Andrew Balbirnie both went cheaply in the Irish reply, but a fine third wicket stand of 83 from 97 balls got them right back into contention.

Jack Tector was at his fluent best striking 10 fours in a top score of 66, while John Anderson hit 5 fours and one maximum in his 45 from 57 balls.

The pair took Ireland to 117 for 2 just after the half-way stage, but from there the wheels fell off the run chase with six wickets falling for 57 as the visitors slumped to 174 for 8.

Barry McCarthy (27) struck some lusty late blows but the Irish were eventually dismissed for 210 with 6.2 overs unused.

Wolves skipper Andrew Balbirnie reflected on a difficult tour afterwards saying: “It’s a disappointing end to what has been a testing tour.

“However it’s been one that a lot of players have learnt a great deal from, and will definitely benefit them in the long run.

“Although we couldn’t get over the line on a few occasions, we weren’t far off and with more exposure at this level and in these conditions we can only get better and progress as cricketers.”