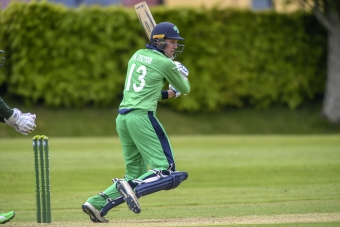 DUBLIN – The much-anticipated Ireland Wolves tour to Bangladesh has received the green light after Cricket Ireland and the Bangladesh Cricket Board finalised health, safety and travel arrangements for players and support staff during the month-long tour.

The tour is scheduled from 17 February to 19 March 2021, and will see the Wolves play a multi-format six-match series against Bangladesh A.

The Ireland Wolves squad is:

“To get this tour approved is a credit to both cricket boards and we are looking forward to a competitive series against tough opponents in subcontinent conditions.”

“The squad we have selected is a strong one, many of which have some senior international experience at this stage. However, the reality is that these players are still young and have much still to do in order to develop and be successful on the international stage on a consistent basis. The tour adds to this development path and it provides an ideal opportunity to experience vastly different cricketing conditions to what they will be used to.”

“Players like Curtis Campher and Ben White have never played at this level in Asia before, and many others have limited exposure to the conditions expected. Given we are in a cycle where two of the next three world cups are in similar conditions as these, it is imperative we provide the necessary experience for our young players to learn their craft accordingly.”

“We also envisioned that this tour would allow a number of players wanting to force their way into contention for the Zimbabwe senior men’s tour – however, with that tour now postponed, it seems even more crucial that these players get a volume and quality of cricket under their belts.”

“The squad is also one that balances these needs with the dual need to build depth, and the inclusion of the likes of Jeremy Lawlor, Graham Hume and Ben White are an example of this.”

“As always, there are a number of players who narrowly missed out on this squad, but they will continue to be part of our plans moving forward.”

The Ireland Wolves is a squad created in 2017 to bridge the gap between domestic first-class and international cricket. The concept of the Wolves is to provide competitive international-standard cricket for fringe senior players, as well as provide the opportunity for development of younger talent coming through the international pathway system.

In recent years, the squad has toured Bangladesh, Sri Lanka and South Africa, and have achieved remarkable List A wins over Bangladesh and Zimbabwe senior men’s teams at home in 2019, and an away series victory in 2020 against the senior Namibia team.