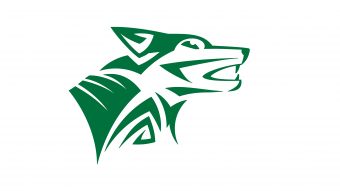 IRELAND WOLVES have named their squads for the games against Bangladesh and New Zealand this week in Stormont and Rathmines.

John Anderson and Sean Terry are brought in for the 50-over match against Bangladesh on Wednesday, with Greg Thompson and Eddie Richardson drafted in for the T20 clash with New Zealand the following day

“It will be a great experience for our guys and another challenge for them to embrace,” said Johnston. “David Delany is unfortunately out through injury, after cutting his heel bowling in Cork. We will have Craig Young and Stuart Thompson from the senior squad join us for a game each.

“The squad impressed in Bristol and should be confident heading into these encounters with senior contracted players Greg Thompson and John Anderson coming into the side for a game each,

“Sean Terry and Eddie Richardson also get opportunities, while Lorcan Tucker will share the gloves with Jamie Grassi as he continues to balance his studies with cricket.

“David Rankin was unfortunate to miss out on this occasion but will get plenty of chances in the Hanley Energy Inter-Provincial competition to make a case for higher honours,” added Johnston.

For Wolves skipper Shane Getkate, it’s the perfect chance for his squad to bare their teeth against high quality opposition.

“It will be a great challenge for us as a group,” said Getkate. “Testing our skills against world-class players is an exciting opportunity and something we are all looking forward to.

“We will look to be clinical and proactive with our plans and back ourselves 100%. With a successful trip to Bristol behind us, I have great confidence in the boys that we will put in some noticeable performances,” added the 25 year-old all-rounder.

“This is the level we all aspire to be playing at with the senior team, and two good performances next week may enhance our chances of that becoming a reality.”