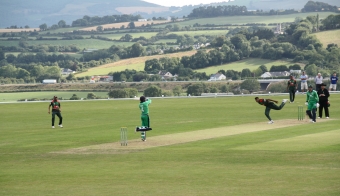 DUBLIN – Cricket Ireland has today announced squads for the 50-over and T20 matches against Scotland ‘A’ to be played at Oak Hill Cricket Ground in early June 2019.

“The Ireland Wolves is about balancing the short-term needs of Irish cricket, while also having an eye on the long term and in that sense, it is not necessarily selected on ‘who the next best eleven is’. In this instance, it is partly a developmental squad but also gives us an opportunity to measure where fringe international players are at. We will certainly be looking for the squad to build on the Wolves’ good performance against Bangladesh and show a consistency of performance at this level.”

“The series is also an opportunity to develop our all-rounder stocks in the white ball formats, particularly in T20s where we are seeking to provide as much opportunity as possible for players to step up a level and show us what they can do in an international environment. In terms of the bowling unit, we are not only providing the likes of Peter Chase and Craig Young the opportunity to get valuable overs under their belts, but also promoting some exciting young talent – such as Graham Kennedy, who has impressed coaching staff with his left arm seam bowling at inter-provincial level over the last 12 months.”

“The Wolves are looking forward to competing in an expanded ‘A’ team series with our close neighbours and rivals Scotland. The selectors have chosen what we feel are two well balanced and exciting squads, with some players who are still in the early stages of their international careers and other young emerging talent.”

“Oliver Metcalfe and Nathan McGuire have worked extremely hard over the winter within the Academy and Under-19 set-ups, and have been rewarded after very positive starts to the season. Both are very clean ball strikers and this experience will no doubt help with their development. The other new face to the Wolves set up is Ross Allen who really impressed with his consistency and control on our pre-season tour with the Academy, showing that his winter playing in Australia has really benefited him.” All games will be classified as List A games.