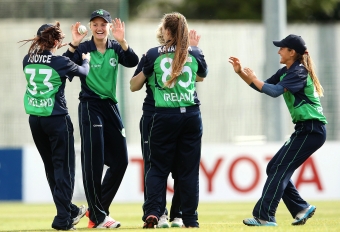 Ireland Women have an immediate return to action this week and have named a squad of twelve to take on Wales and Scotland this weekend.

After a home T20 series against World Champions Australia, the girls in green will be on the road again this weekend with games taking place on Sunday and Monday, with Wales first up in Newport, before the squad travel to Wellesbourne in Warwickshire to take on Scotland at the neutral venue on Monday.

The games are both 50-over matches and they make up the final two fixtures of the ECB County Championship season for the girls in green.

Kim Garth will once again captain the side after Isobel Joyce returned for the Australia T20 series as part of her recovery from a knee injury, but she won’t be risked in the longer format of the game as she continues her rehabilitation.

From the Australia T20 squad Louise McCarthy and Elena Tice drop out as the squad reduces in size from 14 to 12.

Both games will start at 11am, and a full report of each day’s action will be available on cricketireland.ie after each game.