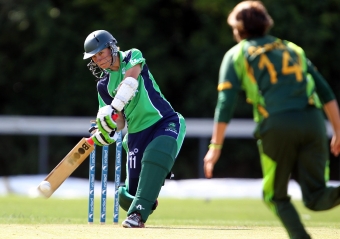 Ireland Women have been handed a major fixture boost with the news that they will play South Africa in three T20 internationals in September.

It will be Ireland coach Trent Johnston’s swansong before he leaves for Sydney and his new role with Cricket New South Wales.

“It’s fantastic for the Women to have these three games against one of the best sides in the world,” said Johnston.

“We always want to improve and challenge ourselves against the Full Members and this series will give the players a great opportunity to gauge where they are in terms of their development on the world stage.

Cricket Ireland Performance Director Richard Holdsworth welcomed the series adding: “We are very grateful to Cricket South Africa for agreeing to these fixtures during their trip to England. It is so important our senior team gains more experience in the T20 format and these three International T20’s will give the squad high quality cricket ahead of next year’s ICC Women’s World T20 Qualifier.

“It will be Trent Johnston’s final series as head women’s coach and I know the players will want him to end his role on a high with some very competitive performances.

“Cricket Ireland is indebted to the England and Wales Cricket Board for its significant role in facilitating these fixtures and to Moseley Cricket Club who are hosting Ireland for the second year in succession.”