Pakistan too strong for Ireland in tour opener 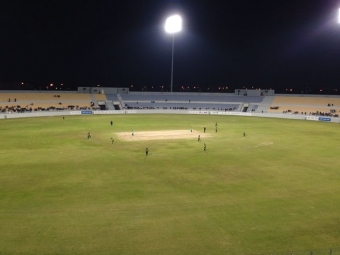 Ireland Women suffered a comprehensive 111 run defeat by Pakistan in their opening fixture of the Qatar International Tri-Series in Doha.

Debutant Jenny Gray had been the most successful of the Irish attack, claiming 3-40, while skipper Isobel Joyce bowled superbly to finish with figures of 2 for 20.

The Irish fieded with great athleticism to restrict their Pakistan counterparts to just two boundaries in their innings, but coach Trent Johnston will have been disappointed with the concession of 51 extras - which included 38 wides and 10 no-balls.

Nahida Khan top scored with 36 for Pakistan, while Sanir Mir showed great patience in compiling her 23.

The Irish reply never really gathered any momentum, with only three players managing double figures in their total of 73 all out.

The Irish were undone by Sadia Yousuf (3-16), Sana Mir (2-9), and Asmavia Iqbal (2-16) who never relinquished their stranglehold on the contest.

Ireland have a chance to bounce back immediately when they face South Africa tomorrow (SAT) in the second game of the tournament. Action at the International West End Park gets under way at 1pm (local).