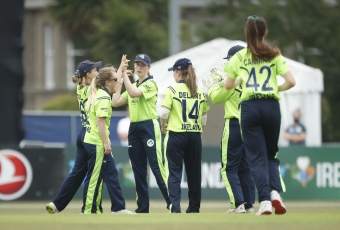 DUBLIN – Ireland Women’s cricket team will travel to Zimbabwe next month to play a four-match One-Day International series, with selectors announcing a 15-player squad for the highly anticipated tour.

The tour precedes the ICC Women’s Cricket World Cup Global Qualifier that will be held in Zimbabwe in November, so represents an opportunity for the Irish players to experience local conditions before the all-important tournament next month.

These matches will be the first ODIs played by Ireland Women since June 2018, and will be the first time that Zimbabwe Women will be playing an official ODI after they were granted ODI status by the International Cricket Council (ICC) in April this year.

The Zimbabwean Women’s side recently won the ICC T20 World Cup African Qualifier, advancing through to the global qualifier in 2022. After finishing second in the European equivalent tournament, Ireland Women are hoping to shortly receive confirmation that they too will progress.

The Irish squad will be without several players through unavailability, but retains a strong core from the T20 squad that recently played in the T20 qualifying tournament.

“This tour will be an important part of our build-up to next month’s World Cup Qualifier, and will provide the squad with an excellent opportunity to experience playing conditions in Zimbabwe and at a key host venue as part of that Qualifier.”

“Our focus in recent months has been predominantly T20 cricket, so these fixtures are even more valuable to the players as a means of resetting their approach to take on the longer format of the game.”

“Several of the players in the squad were part of the 2018 side that toured Zimbabwe – and while that series suffered due to numerous rain-outs, the competitiveness and quality of both sides were tested, and we expect that this series will be no different.”