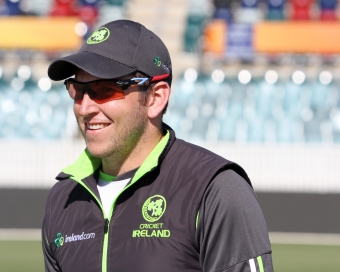 Gary Wilson will lead out the team against Somerset

The match is part of Graham Ford’s team’s build-up to its historic first Test Match in May.

“Unfortunately William Porterfield and Ed Joyce will miss the game through injury but it offers an opportunity for James Shannon and Jack Tector. Jack is a natural opening batsman, who has performed well for the Wolves last year and deserves his first call up to the senior international team. We wish him well.”

“Andy McBrine and Simi Singh put in strong performances over the course of the Zimbabwe tour and the selectors feel they deserve to be a part of the squad for the game against Somerset.”

The squad, to be captained by Gary Wilson, is:

Tickets to the historic first Test Match are now on sale through Ticketmaster.