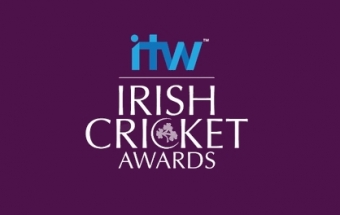 The ITW Irish Cricket Awards 2021 has been launched

DUBLIN – The ITW Irish Cricket Awards 2021 will be digitally broadcast on Friday 26 February 2021 via Youtube, and this year will feature two big prizes – the Irish men’s and women’s Player of the Decade (2011-2020).

PLAYER OF THE DECADE SHORTLISTS

“ITW is proud to be the title sponsor of the ITW Irish Cricket Awards 2021. We are delighted to support Irish cricket during this period of growth and congratulate all nominees and winners at this wonderful event. The world is going through a challenging time, so it is great to celebrate such a positive occasion with you this week.”

This year, due to the unfortunate cancellation / postponement of all Ireland Women’s cricket fixtures in 2020, there cannot be an award presented in that category. However, in consultation with the Irish Cricketers Association, it was agreed that the ITW International Men’s Player of the Year would still go ahead, as the Men’s team played 12 fixtures during the period. The International Women’s Player of the Year award will be reinstated in 2022.