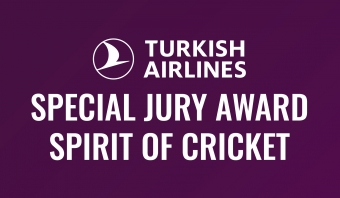 DUBLIN – The ITW Irish Cricket Awards 2021 will be digitally broadcast on Friday 26 February 2021 via Youtube, and four nominees have been shortlisted for the Turkish Airlines Spirit of Cricket Award – a category that recognises extraordinary efforts during an extraordinary year.

This special award recognises a person or a club that went above and beyond to help their club, members, the sport and/or the wider community through the pandemic. It highlights ways that the spirit of cricket have gone beyond the playing field, and how the best of us can be revealed during the worst of times.

The shortlisted nominees, nominated through the Provincial Unions, are: The winning club will be announced as part of the ITW Irish Cricket Awards 2021 online event on Friday night.

The broadcast will start at 8pm (GMT) and will be hosted by sports journalist and broadcaster Marie Crowe, supported by RTE’s John Kenny and former Ireland Men’s captain Kyle McCallan. Bonus interviews and content will be available on Cricket Ireland’s social media channels on the night.

A summary of the story behind each nomination:

The members, volunteers and players at North Down displayed exceptional work to support and deliver cricket in challenging circumstances. The club’s volunteers ensured they could host a range of NCU competitions, inter-provincial fixtures and cricket activities during the truncated season, all while complying with challenging restrictions. This included accommodating Ireland Men’s training sessions, enabling the NCU to switch its T20 Cup finals just 24 hours in advance of the final when the original venue was unplayable due to weather impacts, and hosting competitive opportunities for underage boys and girls in the region. The club’s commitment to step up for others, and presentation of their beautiful ground was a credit to everyone involved.

The second nomination was regarding Godwin Jepadas from Kerry Cricket Club for a more specific moment in time. In the Division 3 T20 Semi Final a collision occurred on the field of play between two Cork Harlequins Youth players that resulted in one of the young player breaking his arm and in severe pain. Play was halted and Godwin, a medical doctor, ran over immediately and assessed and treated the injury – even turning his batting arm guard into a splint to keep the arm straight before the player was taken to hospital.

At the start of lockdown, Bready Cricket Club’s General Committee made the decision to proactively support elderly and vulnerable residents in the area who were self-isolating. Initially planned for 1 week, and to cover 60 people, the Club realised a longer term need existed for the popular service. Since then, the team of volunteers - made up mostly of players and members of the club - have been known as the ‘Cricketing Cooks’. By the end of this month, they will have provided over 3,000 meals to the elderly & vulnerable in the community. On top of this, players have also been carrying Pharmacy / Grocery deliveries for families who have been housebound. And when lockdown eased during the Summer, the club ran a pilot fitness programme for community residents, which saw up to 60 men & women of all ages take part in a Circuit Training programme.

The members, volunteers and players Pembroke Cricket Club have been nominated for their unstinting support during COVID, particularly with hosting inter-provincial and Super Series fixtures, the Senior Club and other finals. Through the leadership on Covid safety by Barry Tucker and Amanda Dunlop, groundskeeping by Dale McDonough and his team, catering of Philip Byrne, livestreaming of Niall Walsh and involvement of many more, the club came together to deliver on so many fronts.