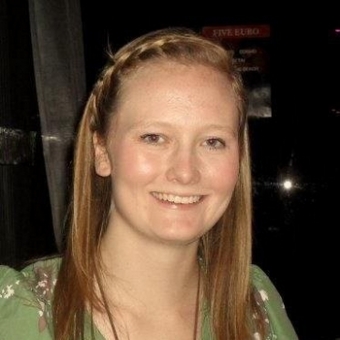 To celebrate International Women’s Day 2020, we talk to Ali Nolan, Cricket Ireland’s Women in Sport Officer and learn about her role in the sport.

Sport Ireland has reignited the Women In Sport programme, giving National Governing Bodies across Ireland the platform to grow their sport across four key pillars:

• Participation;
• Officiating and Umpiring;
• Leadership and Governance; and
• Visibility.

“The Women in Sport Officer role is designed to work closely with Cricket Ireland stakeholders to create and provide fun, engaging and lasting cricketing opportunities for girls and women in Ireland. I very fortunately arrived at Cricket Ireland on the back of some stellar encouragement to apply for a really fantastic opportunity to have an influence on the female sporting landscape.”

“The chance to work in an environment, and in a team, where you’re surrounded and led by people with the same interests, the same goals and the same passion for sport as you doesn’t come along every day and is one that I am really enjoying the role.”

“My very new cricket journey started at my club, Railway Union in Sandymount, and I’m keen to ensure that more girls and women have the same chance to make the friends and meet the people I’ve been lucky enough to meet.”

Coupled with the increased media attention from the 20x20 campaign highlighting successful female local and international teams, the interest in women’s sport has arguably never been higher.

“20x20’s raising of the women’s sport profile simply by shining a spotlight on what has happened, what is happening and what’s going to happen here and abroad means that our sporting role models are visible and accessible and their achievements have become a really tangible goal for young girls.”

“Cricket Ireland has recognised the potential for growth in the female game, linking in with Sport Ireland to create a role tasked specifically with this which can only be a positive for the growth of our sport.”

“Dovetailing on the already fantastic work ongoing within the Provincial Unions and Clubs, a national Girls and Women’s Cricket Strategy is being created to commit to and support change at a grassroots participation level which will ultimately affect a positive change along the pathway. There is already a strong cohort of female leaders within the cricket community in Ireland keen to support existing, new and prospective initiatives aimed at growing the game at all levels.”

“Ensuring that everyone is taking that journey together is key to the success of the WIS programme, and further highlights the need for a collective, inclusive, collaborative approach. Providing safe, competitive and always fun outlets along with opportunities to progress at all levels for girls and women is the priority for 2020.”