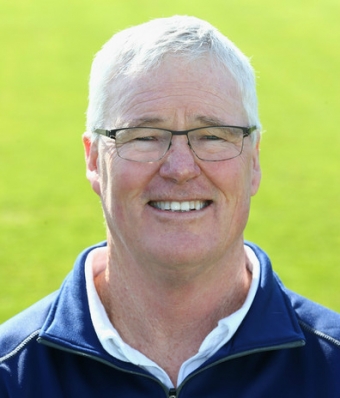 The 57-year-old has a track record of success with both New Zealand and in English domestic cricket and is seen as the ideal man to deliver the target of Test cricket for Ireland by 2019.

Cricket Ireland Performance Director Richard Holdsworth commented on the appointment.  “We are delighted to welcome John to the Irish cricket family, to take the team through new challenges towards our vision of Test cricket.”

“John has substantial international experience, not only playing in 41 Tests and 53 ODIs, but also as New Zealand coach in 41 Tests and 106 ODI’s over five years. During his tenure the Black Caps qualified for three semi-finals in ICC global events, while he also won six trophies with Gloucestershire. The interview panel were impressed by John’s passion, commitment and knowledge, but more importantly his international experience both as a player and coach”.

“We feel John’s knowledge gained over a 25-year period in the first-class game will help further develop our current players, but also ensure succession planning for our future squad who aim to be playing Test cricket by 2019.  We believe John’s great understanding of players as people as well as cricketers will help not just the Ireland team, but our pathway players aspiring to wear the Ireland shirt in all formats on the world stage in the future.

“He has agreed a deal with us subject to work permit approval, until the end of 2017, which we both feel is the right time to review our position, following the completion of the ICC Intercontinental Cup, which is now the pathway event to the new Test Challenge.”

John Bracewell commented on his appointment: “I am delighted to accept the position as Cricket Ireland’s head coach.  There is nothing I enjoy more than fighting for a cause, and in cricket terms there is none better than obtaining test status.  Already Ireland have achieved tremendous international results given its financial resources and has gained respect at international tournaments, to the point where they are no longer regarded as a banana skin match but true qualifying contenders”

“I recently presented at the Irish coaching conference and listened to the passion not only for the game but for hard work coming from current and former players, and the parallels with my New Zealand cricket journey really resonated with me.”

“It’s a fantastic appointment for Irish cricket.” said Ireland captain William Porterfield. “His vast experience in all formats of the game both internationally and domestically will stand us in great stead, especially as we build towards our goal of Test cricket.

“He improved my game tremendously when I worked with him at Gloucestershire, and I’m certain he will fit in really well in Ireland where the squad will relish the opportunity to work with him.”

Ireland Assistant Coach and Performance Analyst Peter Johnston will lead the Ireland coaching team for the Royal London One-Day International against England next week with Bracewell at the game in an observation capacity.  His first match as Head Coach will be the home InterContinental Cup game against the UAE starting on June 2nd, subject to receiving a work permit.