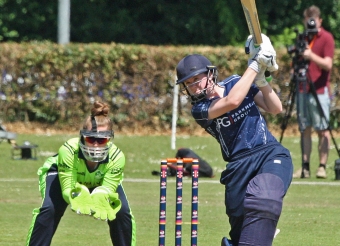 The series has unfortunately been cancelled

DUBLIN – Cricket Scotland has advised Cricket Ireland today that it is withdrawing from next week’s five-match women’s series that was to be held in La Manga Club in Spain.

Despite significant work and planning from Cricket Ireland, Cricket Scotland, the venue and sports bodies in both nations to mitigate risks in regard to COVID-19, Cricket Scotland advised that the decision to withdraw from the series was made due to concerns at the continuing and evolving high levels of the virus in Scotland, and in light of updated specialist advice received in the last 24 hours on the risks to the players in the current circumstances.

“It was with great regret that we had to inform our players and support staff that Scotland has withdrawn from the tour on the eve of departure. Despite significant work and planning by all parties to mitigate risks in regard to COVID-19, it is regrettable that we are where we are. We are all disappointed for our squad as we know how hard they have been preparing for this series.”

“The tour was important to start building the players’ loads as preparation for next year’s World Cup Qualifier, particularly given the lack of international playing time for the squad this year. We shall take stock of the situation, and look to re-engineer our plans as soon as possible.”