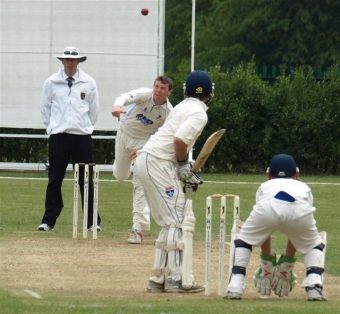 The iconic ‘Hilton Newcastle Gateshead Championship’ trophy will once again be competed for by the North East students NUSC and Leinster from Ireland over five days starting this week, with Leinster flying into Newcastle this morning.

Hilton Newcastle Gateshead will be marking their 5th year of title sponsorship with the championship moving to a new home in Brandon CC on the outskirts of the famous city of Durham.  Graduates of the championship include many household names including Dockrell, O’Brien and Poynter of the current Ireland squad and Chris Rushworth the Durham CCC fast bowler.

Leinster managed and coached by Cricket Ireland employees Brian O’Rourke and Nigel Pyne will arrive with an experienced squad including several Ireland ‘A’ and U’19 internationals while also giving five boys their first tour to the North East.  They start as favourites against a young students team whose preparation has been badly affected by the wet weather in the North East.

John D Holland, Director of Cricket for NUSC added “it is a great pleasure to be welcoming our Irish friends once again to the North East.  We have followed their progress throughout their preparation tours to La Manga, Spain and South Africa.  I can only promise Brian and Nigel and his squad that we will do everything we can to give them a run for their money on the field”.

Brian O’Rourke noted “The Hilton Newcastle Gateshead Championship is an iconic week in our programme.  Players see the graduates and want to emulate their experiences on the tour.  The tour off the field sets the standard in hospitality but they have been successful on the field because of the exciting cricket played.  I have no doubt that somehow, as they always do, the NUSC squad will find a way to give us a serious cricketing challenge”.

•      Boys involved in state examinations were not considered for selection