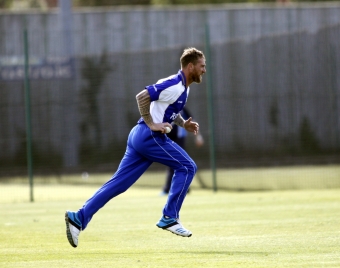 Leinster Lightning have announced their squad for the opening Hanley Energy Inter-Provincial match of 2015.

The curtain raiser of the 2015 series will see the Lightning travel to Stormont to take on the Northern Knights in a T20 clash on Friday evening (May 1st).  The Lightning have named 12 players who will travel, including Eoghan Delany and Fiachra Tucker, who will be making their first senior Inter-Provincial appearances.

The pair have been performing consistently well at club level in recent years and played in the recent T20 friendly series against Denmark.

World Cup stars Kevin O’Brien, Max Sorensen and John Mooney are also part of the squad along with several other players capped at senior level, as the Lightning look to regain the T20 title they last won in 2013.

The match gets underway at 4.30pm in Stormont on Friday, and admission is free for all supporters.