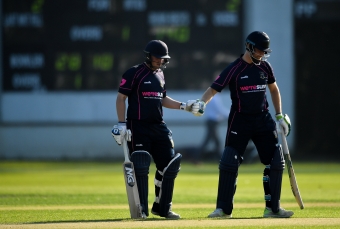 The match will be livescored here.

CIYMS, who won the competition in 2019 after beating Leinster side Malahide in the final at Stormont, booked their place in the All-Ireland semi-finals once again by winning the NCU Twenty20 tournament two weeks ago.

Irish international Mark Adair put in a man-of-the-match performance as the Belmont club defeated North Down by 11 runs while captain Nigel Jones scored 43* from 26 deliveries.

The winner of Saturday’s last four clash will progress to next weekend’s final where either Cork County or the Leinster champions, which will be decided on Saturday in a meeting between YMCA and Railway Union at Sydney Parade, await at Belmont.

Jones, who is also head coach of Leinster Lightning, is excited by the opportunity to try and regain the title.

“To back it up and win the NCU competition again to give ourselves another crack at a semi-final in the Irish competition is very exciting. Our boys are very keen to make sure we are on song come Saturday when we travel up to Bready.”

This is a repeat of the 2019 semi-final where CIYMS beat Donemana by 10 wickets on home turf as James Cameron-Dow (4-10) and Jacob Mulder (3-18) starred with the ball to limit the North West side to 116/9 before John Matchett blasted 82* from 54 deliveries to seal a comfortable victory.

Despite that success, Jones isn’t expecting things to be as comfortable this time around with the likes of Irish international Andy McBrine, who scored 52 last season, present in the Donemana side.

“That was a good day for us. We played well at home and we did a lot of good things. They’ll probably admit they weren’t at their best. I’m certainly not going into the game expecting us to produce anything like that or for it to be as straightforward as that, but we are pretty confident and clear on what we want to do so I think we will be keen to show our strength again after the disappointment of last weekend (league semi-final defeat to Waringstown).”

CIYMS know they have two opportunities to qualify for the 2021 European Cricket League in La Manga by virtue of winning last season and the cancellation of the ECL this summer due to the coronavirus pandemic.

If they were to lose on Saturday, they will face a play-off against the eventual champions next Sunday, but Jones is solely focused on winning the competition outright.

“It was disappointing not to get the chance with the ECL earlier this year due to the pandemic but we had to deal with it. For us looking ahead, we would rather just go and win every game in front of us rather than rely on a back-up. Hopefully we will get two games of cricket now but we need to make sure we hit our straps on Saturday first.

“Anyone playing for that (ECL) would be pretty excited about it. It looks like a cracking tournament and is a way of showcasing Irish domestic cricket but also for the boys, the experience of playing T10 and a chance to win another trophy out there would be great. It’s an exciting opportunity.”

The second sem-finali will be played on Sunday between Cork County and YMCA or Railway Union (the Leinster semi-finalist of the All-Ireland T20 will be known following the two teams play tomorrow).