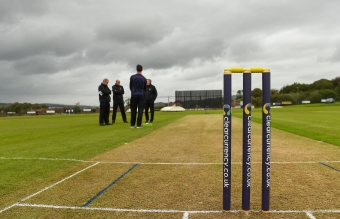 Who will be crowned the 2020 Cup champions?

YMCA and Donemana will battle it out for the right to be crowned Clear Currency All-Ireland T20 Cup champions when they meet at Belmont on Saturday (1pm).

Both sides made their way to the final last weekend with YMCA beating Munster winners Cork County by 40 runs while Donemana knocked defending champions CIYMS out by one run (DLS).

Dublin side YMCA, who are captained by Jack Tector, are packed full of international quality with the likes of Harry Tector, Simi Singh and Curtis Campher all in their ranks.

They qualified for the All-Ireland T20 Cup Finals after beating Railway Union by seven wickets to secure their 12th Leinster Senior League Cup, chasing 118 with 4.3 overs to spare.

Donemana successfully defended the North West Senior Cup that they had won in 2019 by beating Brigade by 14 runs earlier this month and it marked their seventh triumph in the competition in the past nine years.

It is the first time they have progressed to the All-Ireland final after they got revenge over CIYMS, who beat them in the semi-final last season by 10 wickets, by a single run after the rain started to fall at Bready on Saturday with Donemana one ahead of the DLS target.

There is guaranteed to be a new name on the trophy come Saturday afternoon and with the sun forecasted to shine in Belfast, it is set up perfectly for a classic.

The winner of this game will be in action again on Sunday afternoon at the same venue against 2019 champions CIYMS, with the victors representing Ireland at the 2021 European Cricket League in La Manga.

As previously mentioned, YMCA is packed full of quality with no fewer than six players in their squad that have featured at Inter-Provincial level this year.

They can bat right down the order and it was a partnership between Bobby Gamble and Wilhelm de Klerk that helped them secure safe passage to the final while young bowler Mikey O’Reilly has been in superb form this season.

Opening batsman Dean Mehaffey played a key role in getting his side to this point by scoring 45 in the North West Cup final against Brigade before picking up figures of 2-16 as he was named man of the match.

Irish spinner Andy McBrine, who bats in the top order for Donemana, is their star player and it was his partnership with captain William McClintock that helped the Tyrone men progress past CIYMS and into an All-Ireland decider for the first time in 20 years.

YMCA – Harry Tector
Tector is one of the best players in Ireland and it was his contribution of 46 from 36 balls in the Leinster final against Railway Union that helped his side make light work of the run chase. The 20-year-old is now a proven performer at international and Inter-Provincial level, putting in a number of impressive performances and it’s that experience mixed with the ability to perform on the big stage that could be crucial this weekend. He also scored 26 from 11 deliveries in a whirlwind innings against Cork County and can bowl effective off-spin if called upon by older brother Jack. Image: Harry Tector has been in sparkling form this year

Donemana – Andy McBrine
McBrine scored a half-century against CIYMS last season which was ultimately in vain, but it’s just another example of his ability to perform when his side needs him most. The North West Warriors captain was crucial to success on Saturday against the same opposition as the rain approached with McBrine (29*) able to judge it to perfection to qualify for this final. He has more of a reputation for his dangerous off-spin which has picked up 61 international wickets in white-ball cricket, including 13 in T20’s. Image: Andy McBrine’s value to Donemana is as much with the bat as ball