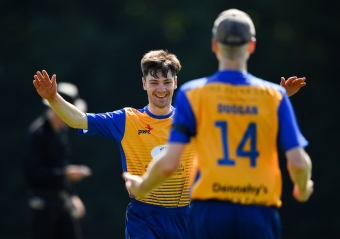 A star-studded YMCA and a Cork County side playing in its fourth straight All-Ireland T20 Cup semi-final will meet in the second semi-final at Pembroke Bready on Sunday, with the winner set to face Donemana in the Final next weekend.

The match will be livescored here.

They defeated an experienced Railway Union side that featured Kevin O’Brien, Kenny Carroll, Glenn Querl and a number of players from the winning National Cup side in 2019.

Cork County qualified for the semi-final defeating their Cork rivals Harlequins by 4 wickets in the Munster Senior T20 Blast last month. The County side had a convincing win over Midleton last week, but saw the result reversed today in a final over thriller.

However, first team coach Rob Duggan says the side are in good spirits and keen to learn from last year’s Cup semi-final loss to Malahide:

“Cork County will be approaching the semi-final clash with a positive mindset despite being the underdogs against a strong YMCA side. We’ve played a good brand of T20 cricket of recent seasons and pushed a decent Malahide side in last year’s competition. Against Malahide last year we probably lacked that strength in depth required to turn over such an in-form side, albeit we were not helped by losing two key players to injury on match day.”

“This year’s group has a good mix of youthful energy and experience down the order to capitalise on any possible off day for YM. Our top order has been in fine form throughout the shortened season which has complemented a talented bowling unit. The key will be belief in our skills and plans, and repeating what we’ve done well this season. If we can put in a performance on Sunday then hopefully we can represent Munster with pride.”

“YM will undoubtedly be a formidable opponent with a well-rounded side but the beauty of T20 is that it can often lend itself to an upset and if our lads continue their good form into Sunday’s clash then we have every chance of causing a surprise.”

Having a Munster side represented at a peak national cup competition is important for more than just the players who will be on the field, according to Joe Moynihan, Cricket Manager of Munster Cricket:

“It’s great to see Cork County representing Munster in the semi-finals of the Clear Currency All-Ireland T20 on Sunday. Being seen on the national stage in this capacity is important for not only the club itself, but for the Provincial Union as a whole - it gives our clubs the motivation to compete for the chance to play some of the biggest clubs in Ireland. We wish the team well.”