MCC Ireland to play at Lord’s 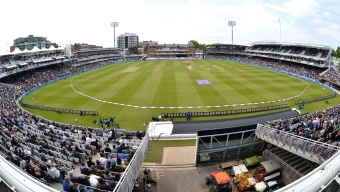 The annual MCC T20 Finals day is to be held on Thursday 6 September 2018, and a team of club cricketers from Ireland has been announced to take part in two T20 matches that day at the Home of Cricket.

“It will be a very memorable occasion for all players and it’s great to be following in the footsteps of the senior Ireland Men’s team that played an ODI at Lord’s last year.”

“All players chosen have never had the honour of playing at Lord’s and that was very much in the mind of the selectors when they selected the squad.”

MCC Ireland will play MCC South and MCC Wales, with matches starting at 9.45 am and 12.50 pm respectively. Following this will be the Final at 3.55 pm.

The MCC Ireland squad is:

For family or friends wishing to go and watch the day, the MCC website has ticketing information available here.