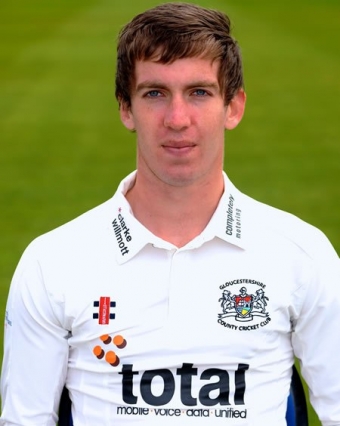 Killyclooney seamer Graeme McCarter is toasting a new contract as he has signed an extended deal with the Bristol based county which adds a further two years to his current deal. This will see McCarter based at Nevill Road until the end of the 2014 season.

Graeme told www.gloscricket.co.uk: “I’m delighted with the new contract. It takes a lot of the pressure off me as I work on all aspects of my game.
“I feel I have improved a lot for working with John Bracewell and Stuart Barnes this year. I’m looking to get more variation into my bowling and to become a better batsman.”

Graeme made his first team debut for Gloucestershire at Lord’s against Middlesex earlier this season, taking three wickets in a Clydesdale Bank 40 match against Middlesex. He then also made his County Championships debut against Yorkshire.

“My target at the start of the season was just to be part of the first team squad,” he said. “My debut came quicker than I expected and I’ve been in the squad without playing a number of times since the three games I appeared in.”
Graeme’s association with Gloucestershire began at the age of 15 and he has come through the Gloucestershire Academy. “It’s great to be part of such a young squad,” he said. “There is a real feeling of togetherness at the club, whether you are in the first team, the second eleven or the Academy. We are building something and I am delighted to be a part of that.”