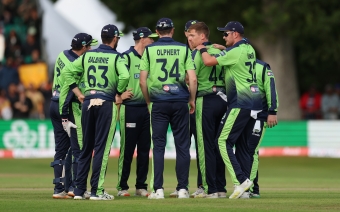 The warm-up matches in Sydney – hosted by Randwick Petersham Cricket Club under the banner of the Lefand Cricket Week – will be played at Coogee Oval in Sydney’s eastern suburbs:

The three matches at Coogee will be available watch live via Cricket Ireland’s Youtube channel: www.youtube.com/CricketIrelandLive

Ireland will then travel to Melbourne to play two official ICC Men’s T20 World Cup warm-up matches, before moving to Hobart for the first round of the tournament proper.

* All times are local to venue

Broadcast details for Ireland/UK as they stand are: