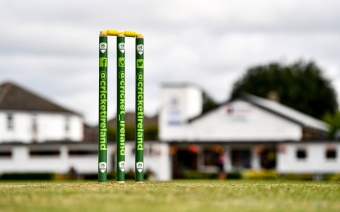 The Ireland Youth tour programme was suspended in 2020 due to the global pandemic, but Cricket Ireland will now resume the programme with:

The Ireland Under-15 Girls will travel to the Malvern College Festival from 3-7 August, where they will compete against their peers from various county teams;

The Ireland Under-15 Boys will travel to Dumfries to play Scotland in the annual Celtic Cup fixtures from 2-5 August, then extending the tour with a visit to Barnard Castle for the BA County Festival Tournament from 8-12 August; and

The Ireland Under-17 Girls will travel to Utrecht to play against the Netherlands Under-19 Girls team from 1-4 August (5 x T20 games at Kampong Cricket Club).

“After a very busy July, where the provinces battled it out in the Youth Inter-Provincial Series, we’ve had a good chance to see the best emerging talent in Ireland play a set of highly-competitive fixtures.

“A key part of the cricketing development of these young players is to experience travelling abroad and playing against their international peers. To that end, we are delighted to see the resumption of the Youth International Programme and wish all players well with what will be a first tour for many of them.”