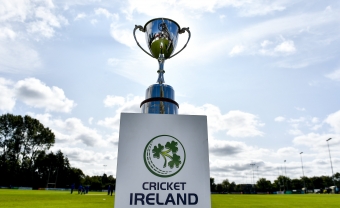 DUBLIN – Cricket Ireland has today launched a new all-Ireland club cup competition for women – meaning there will now be a Clear Currency All-Ireland T20 Cup for both men’s and women’s cricket.

The Finals will be held as follows:

A full livestream of the two finals will be in place to promote the games, while the pathway to each final will be advised in due course. The winners of the men’s competition will go on to represent Ireland in the 2022 European Cricket League.

Clear Currency has been named as the title sponsor for both competitions, further strengthening their support of grassroots cricket across Ireland.

The two competitions will be the headline all-Ireland club cricket competitions in 2021, after it was agreed by Cricket Ireland and the Provincial Unions that it would not be possible to hold the Irish Senior Cup and National Cup this year due to COVID-19 restrictions and the knock-on impacts on clubs and players that would need to meet those demands. “We are delighted to launch Ireland’s first all-Ireland club cup competition for women, and hope this will give a positive platform for club cricketers to showcase their talent on the national stage.”

“We’ve seen the success and rise in profile of the men’s all-Ireland T20 Cup since its launch in 2017, and anticipate a similar reception for our new competition. We are in an exciting phase for women’s and girls’ cricket across Ireland, and the launch of this competition will hopefully contribute to that growth of interest and participation.”

“Since the launch of our new Strategic Plan, we have seen a number of key deliverables being rolled out to grow the women’s game – particularly at the grassroots. With the momentum given by this work, and in the wake of the highly successful return of the Ireland Women’s senior team to international cricket, we are looking ahead to a busy year for our sport, and a welcome focus on the women’s game.”

“For the second year running Cricket Ireland and the Provincial Unions have agreed that the iconic Irish Senior Cup and National Cup competitions cannot be held. While we are all disappointed, these will return in 2022.”

“Our thanks to our colleagues in the Provincial Unions and the hosting clubs for supporting the launch of this new competition, and we look forward to seeing some great cricket action later in the summer.”

“Clear Currency is delighted to extend its support into the grassroots and domestic Irish cricket set-up by continuing its title sponsorship of the men’s All-Ireland T20 Cup, but also extending our support to the exciting new women’s competition.”

“Club cricket is the heart of the game, and the grassroots is the breeding ground for future internationals – so we see our support as a long-term investment in this great game.”

“We wish the clubs who make it through well, and look forward to watching some highly competitive matches. And we also look forward to a brighter 2022 when all four of these all-Ireland club cup competitions will be back up and running.”