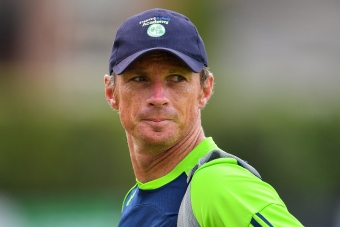 DUBLIN – Cricket Ireland has today announced a two-match development series between representative teams from Northern Ireland and the Republic. The two T20 matches will be played in Lisburn on 13 August and at Malahide on 17 August – both matches start at 2pm.

The Southern XII match-day squads are:

“The Academy & Regional Development Series that was held over the last fortnight was of great benefit to the Academy squad and a raft of Provincial players looking to impress selectors and coaches ahead of the Test Triangle Inter-Provincial Series starting on 20 August, to get 12 games in across Ireland has been really positive. The lockdown period – while restrictive – was actually a productive one for those in the Academy, and we’ve already seen the gains they have made in all aspects of their games as the vast majority of them have impressed with their performances since we have returned to play. The resilience and drive the guys have shown has been outstanding. I know that Graham Ford was also impressed by many of the bowlers who helped with the build up to the England games and the environment since we have been back training and playing has been excellent. The selectors also noted a number of other Provincial players who have also emerged from lockdown in a good place and who were performing very well throughout the series.”

“The Northern XII v Southern XII fixtures will likewise provide emerging players across all our provinces with an opportunity to press their case for higher honours. We expect this to be a highly competitive series – and continue to provide high-level competitive action that these players would otherwise have missed out on due to the cancellation of National Academy and Youth squad tours due to COVID-19. The National Selectors met as a group and confirmed the squads above for these fixtures. Selection was based on the performances during the Academy/Regional Development games along with club cricket while also considering succession planning in various skill sets and roles for the future. A number of players also narrowly missed out on selection, due to the competitive nature of it and I would urge them to keep pushing on and causing selectors further headaches. We also have our eyes on a number of players who are in the process of qualifying, some who have impressed, but not all have been considered for these games due to various strategic and development reasons which have been well thought out and discussed.”

“The more high-level competitive action we can provide for these guys, the better it will be for the future of Irish cricket – go back a few months and we were concerned of losing the entire season, but now we are delighted to be able to arrange these fixtures and continue the development of a group of players that will form the core of our future international squads. We have really enjoyed working closely with the Provincial Unions on these games and can not thank all their staff and grounds enough for their collaboration towards getting all of these games up and running.”