Kevin O’Brien heading back to CPL 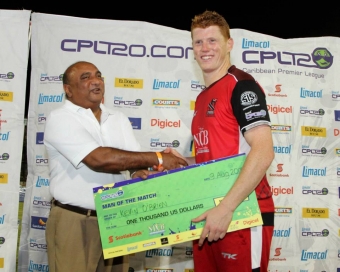 Ireland Vice-Captain Kevin O’Brien will be heading to the Caribbean again this summer as he was re-selected at the 2014 Caribbean Premier League Draft for the T & T Red Steel.

All-Rounder O’Brien appeared in the inaugural Caribbean Premier League for the Trinidad & Tobago Red Steel with good success as he opened the batting regularly for the franchise side.

The draft for the second CPL took place yesterday in Jamaica and O’Brien was retained alongside many of his team-mates from last year. To see more about the CPL please click here.