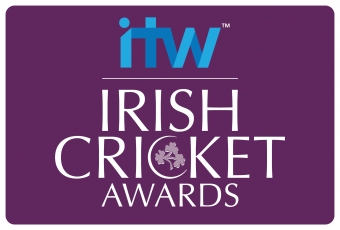 DUBLIN – Irish internationals Paul Stirling and Gaby Lewis were announced the men’s and women’s International Player of the Year respectively amongst the 15 categories of awards handed out at the ITW Irish Cricket Awards 2022.

Stirling and Lewis also received ICC recognition for their performances in 2021 making various teams of the year, while Hunter has won or been shortlisted for a plethora of national sports awards.

The event was broadcast via Youtube and was hosted by sports journalist and broadcaster Marie Crowe, supported by RTE’s John Kenny and former Ireland Men’s captain Kyle McCallan. Viewers were treated with interviews with each winner, and highlights of the 2021 year in Irish cricket.

Each winner will receive an engraved award designed to the iconic Irish brand, House of Waterford Crystal – an organisation that is proudly extending its generational links with cricket.

Tildenet Club of the Year

Hear an extended interview with Norman Allen from Bready CC after winning @Tildenet_Sports Club of the Year.#IrishCricketAwards pic.twitter.com/pU6h8V0jnj

Techfynder Cricket Official of the Year