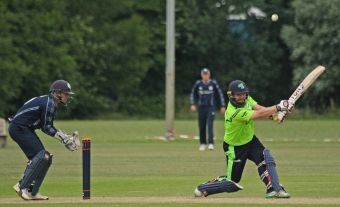 Cricket Ireland has named its seven-man squad for the upcoming Hong Kong Sixes tournament to be held at the Kowloon Cricket Club from 26 to 28 October 2018, with Paul Stirling to lead the men’s senior side for the first time.

The Hong Kong Sixes is an annual international cricket event, first staged in 1992, featuring teams of six-a-side playing in a round-robin tournament with knock-out stages. The event, played across three days, is hosted by Cricket Hong Kong and is ICC-sanctioned. This year will be the 20th staging of the event.

Ireland last competed in the Hong Kong Sixes in 2011, where they made the Quarter Finals, defeating England and Bangladesh along the way. Paul Stirling and George Dockrell were part of that squad, so will make their second appearance in the competition, while the other players will make their tournament debuts.

“While being a modified format of the game, obviously the skills of T20 cricket come to the fore at this tournament. There’s no secret that T20 cricket is a format we need to improve at and we’ve selected a squad with an eye to the ICC World T20 qualifiers in October/November 2019.”

“The Hong Kong Sixes format encourages aggressive batting and high scoring - so really suits all-rounders. The squad chosen have each displayed a good mix of the skills required for this tournament, and will no doubt enjoy the opportunity to sharpen their techniques going into an important year for Irish cricket.”