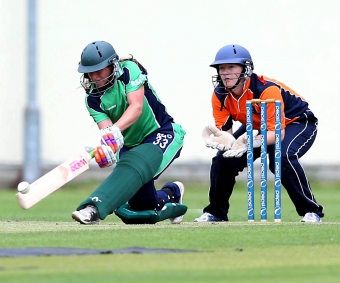 Pepsi ICC Europe Women’s Division 1 will be hosted at Rugby School, Warwickshire, England where Ireland, Netherlands and Scotland will all be taking part in mid August.

All three countries have already qualified for the ICC Women’s World Twenty20 Qualifier in 2015, so this tournament will provide important practice ahead of that qualifier.

ICC Europe is once again partnering with QuipuTV, linking with Twitter, video of wickets will be shared on selected matches throughout play, as well as a highlights package at the end of selected day’s play on ICC Europe TV. Follow @icc_europe using the hashtag #ICCEURWomen

Cric HQ live scoring will again be available for every match at Pepsi ICC Europe Women’s Division 1 on www.icc-europe.org and features all fixtures and statistics.

Images will be available from selected matches on ICC Europe’s Facebook.